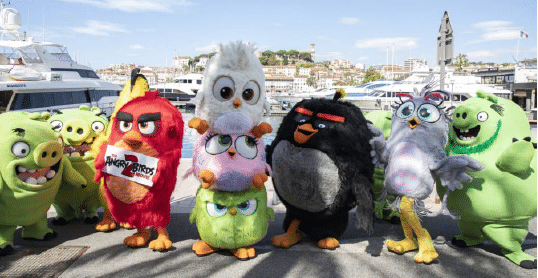 Edmonton’s International Mascot Corporation created the Angry Bird character costumes for Rovio and Sony Pictures International and the costumes recently made a surprise appearance at the Cannes Film Festival.

Stars from the first movie, Red, Chuck and Bomb, are in production at IMC along with new characters including Silver, Leonard and the adorable Hatchlings! Costumes are being sent out to the Licensing Expo to be held in Las Vegas in June and around the world to over 24 countries in Asia, South America, Europe and the Middle East to promote the movie’s release this summer!