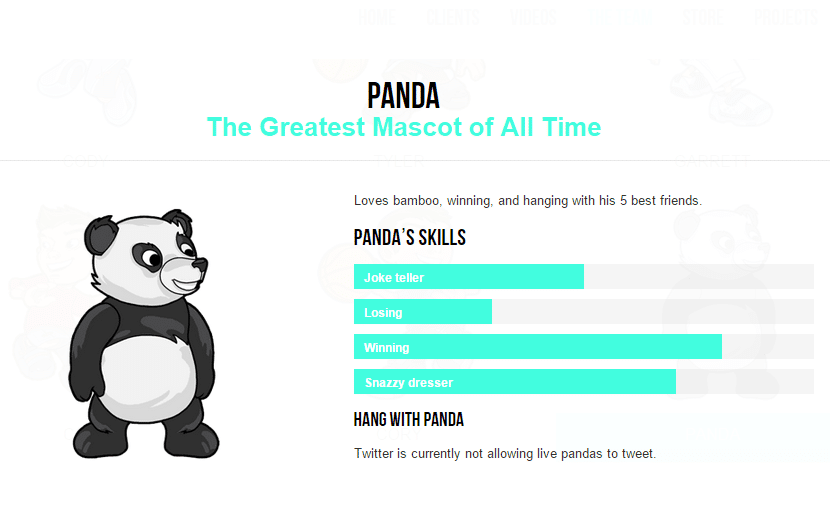 What’s Dude Perfect, you may wonder? It’s a sports and comedy group made up of five friends who got their start on YouTube. Mostly they’re known for their trick shots, but they also have a comedy series called “Stereotypes” where they poke fun at common stereotypes, mostly in the world of sports. The group is made up of identical twins, Coby and Cory Cotton, Garrett Hilbert, Cody Jones, and Tyler Toney who are all former high school basketball players and college roommates at Texas A&M University. The newest addition to the group is their mascot – Panda. The team admits, “There is no real Dude Perfect panda, sadly. We ordered the suit from China.”

Fortunately, the Dude Perfect Team and Panda share their secrets on one what makes a good mascot on their video. Watch the full video, here.  Panda, along with two other mascots, Wolf from Plano West and Eagle from Prosper High School, show how to do long shots, special dance moves and half-time trick shots.

Why are they doing this? For all the mascots out there who have put the costume on and haven’t a clue what to do, here’s a great video from a company that knows the tricks of the mascot trade. If you want to learn how to transform a costume into a mascot, here’s their tips:

Fitness – You’ve got to be in good shape if you want to be a mascot. Just watch the three mascots training in the gym. Panda does some stellar pullups while the Eagle is on the bench press. Personally, I’d like to see all three in a yoga or Zumba class.  Just saying.

Dance moves – A good mascot knows how to dance. Watch the panda on the dance floor. Panda knows how to shake its hips and wiggle its behind. Now watch the Eagle and Wolf. Who do you think is best? We’re partial to the Panda.

Trick shots – Any mascot worth one’s salt has to be able to walk out on court with some real attitude and make a trick shot from anywhere on the basketball court. That’s right, anywhere. Panda can sit on a chair and hurl the basketball over its head and make the shot from clear across the other side of the court. This requirement might eliminate about 90% of the population. If you can’t make a shot two feet away from the net, watch the Wolf. His funny antics take your eyes off the fact that he totally missed the shot. We were too busy laughing at him as he falls backwards off the chair.

T-shirt cannon pro shooter– This particular mascot job requires a gun license. A fun gun license, that is. The New York Times interviewed Tim Derk of T-shirt Cannon about the cannon he helped invent when he worked as the Coyote mascot for the San Antonio Spurs in the 1990s. He said, “It weighed 90 pounds, including the tanks. It was like carrying a TV set on your back.” Just another good reason for building up those mascot back and bicep muscles at the gym, right?

This is the short list of things you can learn from watching the Dude Perfect Mascot School Video. Watch the entire video for some good laughs and some good tips.